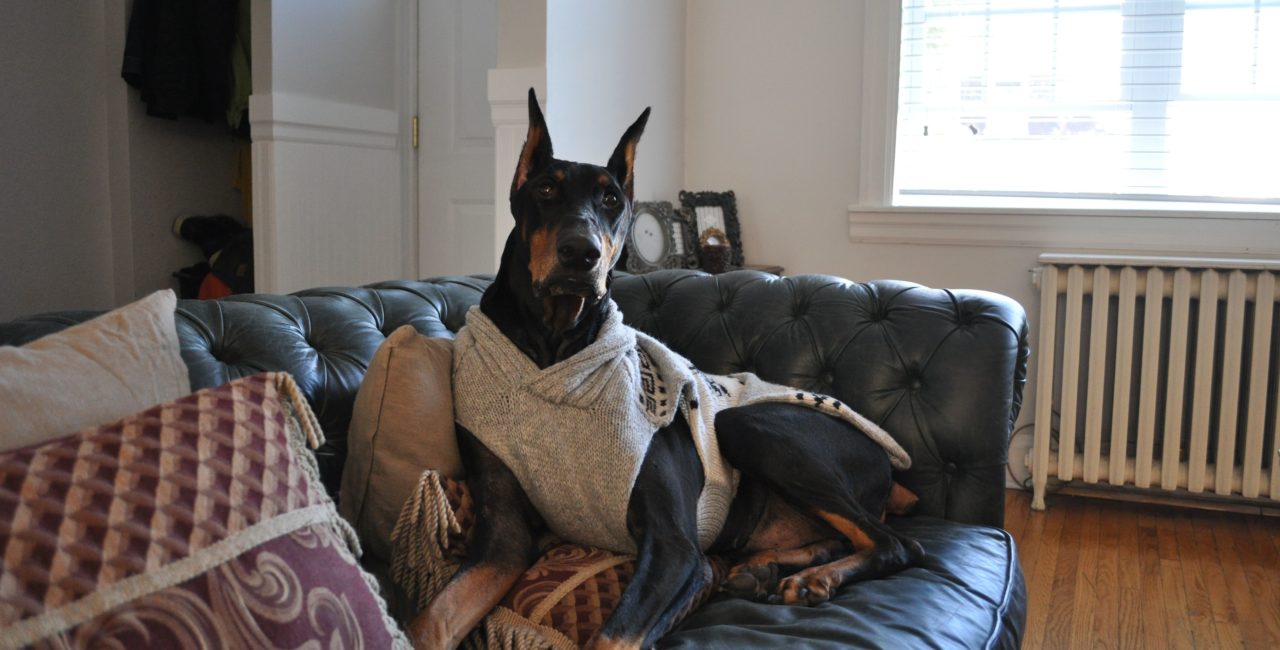 In light of our upcoming senior celebration, I thought I would start off my first ever post congratulating everyone who has a senior pet and has loved them to the very fullest for the best years of their lives!

Although the idea of having a senior pet may be unwelcomed and at times heartbreaking thinking about that “inevitable day”, I enjoy thinking about the wonderful things senior pets have to offer. Being the pet mom of a senior pup myself, I find myself waiting for the day that calm will wash over him and he’ll curl up by the fire like staged perfection on the cover Modern Dog magazine. But then, of course, the reality is I want nothing more than for him to live forever. As much as we need our pets to keep us young at heart, they need us just the same. The inspiration for my job as a technician and the muse of almost every topic of conversation, every picture that I take and the topic of probably every blog I will ever write, entered my life under the most extraordinary of circumstances.

The moment I decided to spread my wings and leave the nest at the tender age of 20, I left behind the memory of what I called “the first true love of my life.” At 4 years old my dad handed me a small white ball of fur and told me he was my puppy. That puppy grew into a troublemaker, my brother, and my best friend. When Niko passed away at 16 a part of my heart died with him. I never did think a part of my heart could love like that again and I can’t say I was prepared to. I moved to a different city and to a new apartment with no intention of burdening my heart like that again. But when my boyfriend starting talking about getting his very first dog only months later I was intrigued by his decision of wanting to take on such a burden. I quickly understood why.

It wasn’t long before we started discussing breeds, boy or girl and when. Trying to be a good sport about his excitement I decided to make a deal with him. He could choose the breed and I would choose a female (because having a male would be too heartbreaking) and the when. I wanted to wait at least a year after Niko died and pay tribute to him. When he told me he wanted a Dobermann I hardly knew what to do with that information. I knew nothing about the breed and hadn’t even met one before. But he had spent most of his childhood fantasizing about having a Dobermann and read just about every book ever published. He had even done the research on finding a reputable breeder.

With the summer coming to an end and fall starting to roll in, spring (puppy time) could be considered months away when you take into account crazy holidays. So the search began for a breeder who would be having puppies come the spring.

I will never forget the morning I got into that car. I was already half bundled up in a sweater and mittens protecting myself from the cool breeze. We drove an hour and a half north of the city to a small town and parked in the driveway of an even smaller house. It was seconds before the ferocious roar of the protector came from the front bay window. Her tall pointy ears completed the stereotypical beware of dog sign. My heart pounded in my chest and I could feel the sweat building on my forehead. She was terrifying. As we approached the door my boyfriend naturally kept his cool and I tried to keep mine. When the breeder opened the door out came Grace, ears back and almost smiling. It was comforting. My heart began to settle as we entered the thresh hold of the small house and turned to anticipating when I heard little squeaks coming from the basement. As the breeder began to talk about her breeding plans, her studs and bitches and the history of her kennel, all I could think about was the little noises.

Finally, she led the way to a miniature wire cage, housing 10 perfect little puppies all eager to meet us. Well aware we had no intention of getting a puppy, both the breeder, my boyfriend and I carried on a general conversation about “when you get your puppy” and “in the spring when you bring her home…” Still, my eyes fixated on those little creatures demanding our attention.

The breeder gave in to her petite troublemakers and put little green collar boy on the floor for us to goo at. He ran and investigated every corner of the basement, and ignored us. I was a little bummed about that but he was still fun to watch. Then, the breeder placed little no collar boy on the floor, and he too investigated his surroundings, but not for long. I patted my hands on the cold ceramic tile until he reacted to my attention. Minutes later, little no collar puppy was snuggled into my chest looking up at me with little cherry eyes. I was suddenly overwhelmed with emotion. This little creature had just made a home in the place in my heart that I thought would never be filled. In just seconds, he had managed to ease the pain of the loss of my best friend. It was as if he knew he could never replace him, but he would love me all the same anyways. At that point, there was no question in the matter. As I handed the little 8 lb monster over to my boyfriend so they could be acquainted, I implied that he was ours.

When we left that house the sheer shock that I was about to be a dog mom washed over me, but it was joyful. So joyful in fact that he became the light of my life almost instantly. He has become not only my baby, but a shoulder to cry on, a friend to laugh with and most importantly the best teacher I will ever have. He has taught me to love without boundaries, to cry when I’m sad because he will always be there, and to laugh every day because life is too short to worry about that “inevitable day”. Because he doesn’t. He wakes up every morning and lives as though it’s his last. And because of the inseparable bond we have, I wouldn’t give him anything less.

So today, I celebrate Ryder. Not only because he’s a senior, but because he lives every day to the fullest, and he reminds me to live the same.