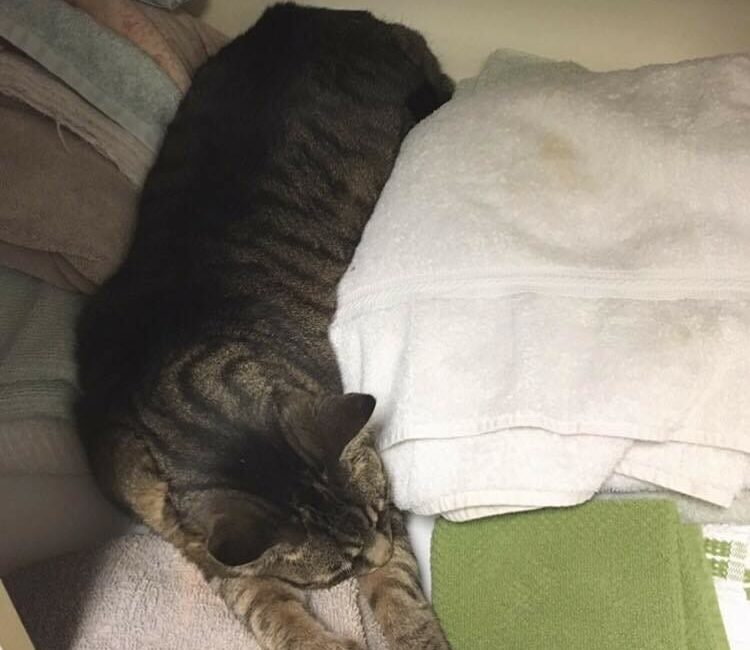 A Day in the Life of Gunner the Coxwell Clinic Cat

First thing in the morning Gunner is fed breakfast which is by far the most exciting time of day for him. He spends unspeakable amounts of time waiting the long few minutes it takes us from when we walk in the door to when we finally crack open his canned food.

After breakfast begins the post-meal purgatory before lunch happens, Gunner likes to split his time between sleeping in the towel cupboard, voicing his demands and unhappiness that his bowl isn’t full at all times, and trying to sneak into the food samples we keep on a shelf. 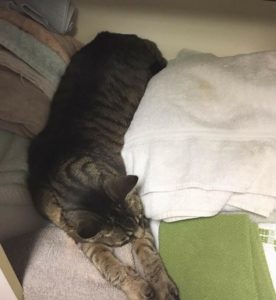 Lunchtime brings food but also medication time! The most dreaded time of day. Gunner will do anything he can from receiving his medication and always makes sure to sulk in a corner to let us know how much his feelings have been hurt.

Once again comes the long wait between lunch and dinner time, which is spent sleeping, trying to blackmail different team members into giving him food, and chasing a laser pointer.

At long last comes Gunner’s final meal of the day and he is once again left to a perpetually empty bowl. Except for this time, he doesn’t have anyone to spill his sorrows to overnight. Finally after a long day filled with eating, sleeping, and distracting staff what a better way to end it than with more well-earned sleep! 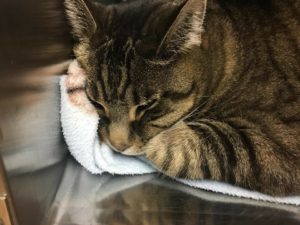 Gunner has been at Coxwell Animal Clinic for almost a year and a half and came to us shy, weighing in at 11.45 kg (25 lbs) and developed skin issues which included dryness, scabbing, and minimal discharge, which were due to diagnosed food allergies. Now he can confidentially stride through the clinic like he owns the place (which he does!), and steal chairs from staff as soon as they stand up. He is now at 8.05 kg (17 lbs) but still tries to demand food from everyone. 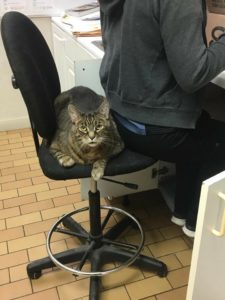 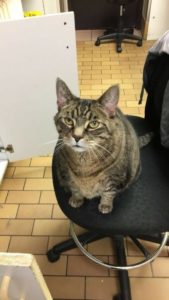